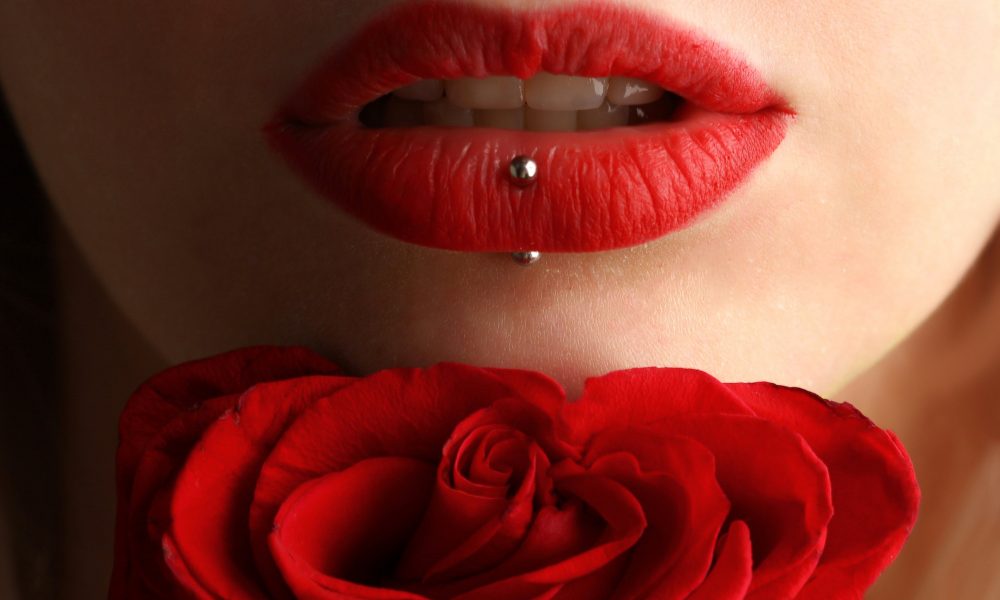 100 Years of Lipstick: Looking Through Trends Over the Decades

Did you know that the painted lip trend is around 5000 years old?

Sumerian men and women were wearing lipsticks even before the Egyptians.

What’s more interesting is the fact that wearing lipstick in public was frowned upon up until the 1930s. It wasn’t until the peak of World War II that trend caught on, primarily because good looking, well-groomed women were considered a boost to the troops’ morale.

By the end of the war, Americans were spending around 93 million dollars a year on lipsticks. No wonder the 50s is still remembered as the ‘Lipstick War’ era.

However, many women didn’t wait for the general acceptance and were already painting their pouts in the 20. Hollywood actresses were among those rebels, sparking different trends decades before lipstick became a makeup essential for every woman.

Today, lipstick is more of a personal statement. It defines who we are, what we think, how we feel, and how we slay.

It’s only fitting to pay ode to this timeless beauty staple with a quick stroll down the history lane. So, here we are with a roundup of the last 100 years in lipstick trends.

That’s right vampy lips were hot long before Kat Von D was even born – but it wasn’t the goth-inspired vampy. Maroon, deep red, and dark wine shades were made popular by the actresses of the decade such as Theda Bara, Madge Bellamy, and Clara Bow. These deeper shades appear much better than brighter red in black and white films. The trend was further popularized by the flappers, known for their extravagant fashion sense.

Recreate the Look: Get the vampy pout of the 20s with Karmela Cosmetics Silk Matte Lipstick in Wild, a deep wine purple shade in a hydrating, long-lasting formula.

Colored photography was catching on in the 1930s and the first Technicolor movie hit the cinemas by the mid of this decade. Actresses no longer had to limit themselves to darker shades. It was now trendier to wear brighter or softer shades of red, coral, and orange, as these shades appeared more attractive in Technicolor. A hot trend, popularized by Joan Crawford, was to overline the upper lip and hence the term ‘rosebud lips’. 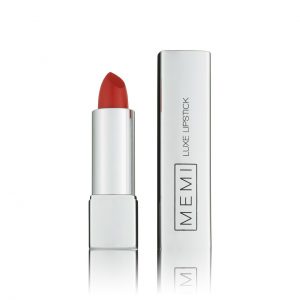 Recreate the Look: While the trend was more about shape than color, you can use Old Flame by MEMI Matte Luxe Lipstick to get the rosebud right. These long-lasting liquid lips are super light and hydrating.

With the likes of Betty Garble and Marilyn Monroe, hitting the screen 40s was the era of the classic red pout. Red was the symbol of confident, bold women who entered the workforce during wartime. Tangee’s slogan ‘War, Women, and Lipstick’ turned red lips from a taboo to trend. Not just that: the same red lipstick was also used as a blush for a bolder look. 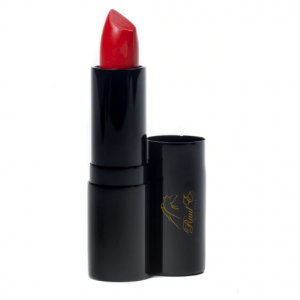 Recreate the Look: Recreate the Rosie the Riveter look with this gorgeous classic red from the Luscious Lippy Creamy Color Botanical Blend Conditioner in Red.

During the 50s, nearly every makeup brand came up with a line of red lipsticks. And hence, the Lipstick war began. From Lucille Ball to Rita Hayworth, almost all the starlets had their iconic shade of red. Monroe’s red got even bolder, more glamorous than it was in the 40s – and it is the shade we usually remember the decade with. However, this is also the era brands jumped into seasonal shades, which made pinks all the rage for summer. 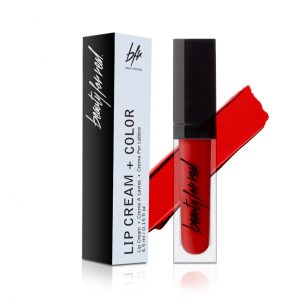 Recreate the Look: Really Red shade from Beauty for Real is the color that perfectly defines the decade. Just don’t forget to overline! We love the super creamy, smudge-proof liquid formula.

Think Twiggy! This decade is entirely defined by Twiggy’s makeup trends, which mainly included frosted lips. For the first time in many decades, the focus shifted on the eyes. 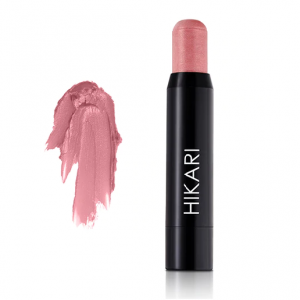 The Shirelles, Bridget Bardot, and The Supremes further popularized the trend among teens and tween. It was common to top a regular lipstick with white lipstick or concealer for a frosted effect. 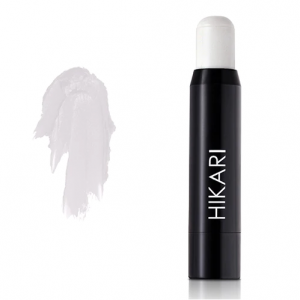 Recreate the Look: Staying true to the spirit of the 60s, recreate the look with not one but two shades from Hikari Dual Color Sticks. Apply the shimmery pink ‘Delicate’ and top it off with frosted ‘Lace’.

The 70s nude was nothing like the Kim Kardashian matte nudes. It was a bit brighter, more natural. It was to create a younger and fresher look. However, that wasn’t the only trend. The 70s had to be the decade of diversity. Makeup trends were as diverse as the music of that era. 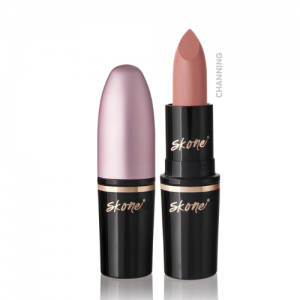 While Farah Fawcett was rocking the beachy glam, Cher and Dianna Ross were all about bright. One common factor was the mirror shattering shine. ‘cause its disco, baby! 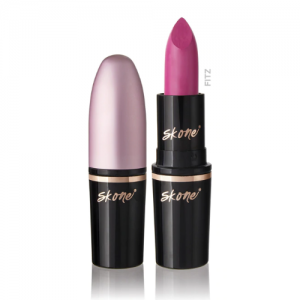 Recreate the Look: Whether you choose the fresh nude lips or the bright party pout, Skone Cosmetics got you covered with its Luxe Lipsticks: Channing for daytime and Fitz for party time.

The MTV era called for bolder experimentation. Women were into incorporating more colors in one look. That’s what started the trend of coordinating lip liners and lipsticks. Combos of haute pink, bright orange, and fuchsia were all the rage. Madonna from the 80s perfectly defines the makeup and fashion of that decade. Makeup was no longer a statement; it became a form of expression. No one cared about pairing bold lips with bold eyes anymore. Trends were set as rules were broken. 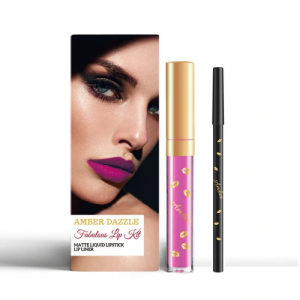 Recreate the Look: You need a lipstick and lip liner for a perfect recreation, and Amber Dazzle got you covered with the Amber Dazzle liquid matte lip kit. Fabulous is the shade you are looking for.

For most of us, it’s a ‘been there, done that’ situation. And girl, did we love that look! The 90s made brown lips so popular that any other color started to look too loud or too boring. However, it wasn’t the dark, deep brown. It was leaning more towards nudes and neutrals. The lips were heavily overlined and uncomfortably matte. Kate Moss is the face of the decade but any of the female cast members of Friends Season 1 till 3 would also be a good reference. 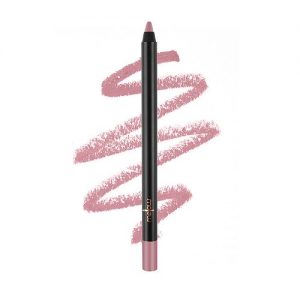 Recreate the Look: If you want to relive the 90s through makeup, get the pout right with Mellow Gel Lip Pencil in Harper.

If you think 80s was too glossy, you gotta recheck your 00s photos. Remember how Paris Hilton and Nicole Richie were blinding us with their super glossy looks. It was head-to-toe shimmer fest and frosty pink lips were the like the crown jewel of the look. A subtle take on the same look was seen on the Vitoria Secret ramps as well. 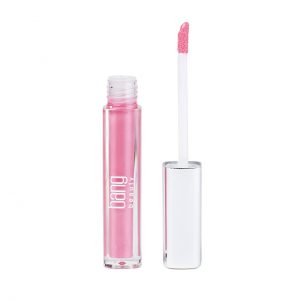 Recreate the Look: Super glossy lips are making a comeback because, like it or not, they do look hot. Get the look with Bang Beauty Lip Gloss in Pink champagne.

We are just a few days away from the end of the decade, and we still can’t put the finger on one trend that truly defined the era. Diversity is what we have witnessed over the last decade, not just in terms of style but also in the way people personalize trends. Experimentation hit a new record with so many celebrities jumping in the cosmetic business. Beauty influencers also changed the way trends catch on.

Still, for trends that stayed on our Insta feed for months, we would say it’s the matte liquid lips and neon pouts. 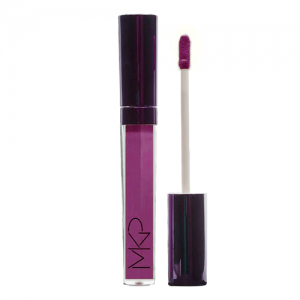 Get the Look: Stay trendy with liquid to matte lipsticks from P8nt that come in six beautiful colors, or you can get Kinda Crazy from Makeuprevue Matte Lipsticks.