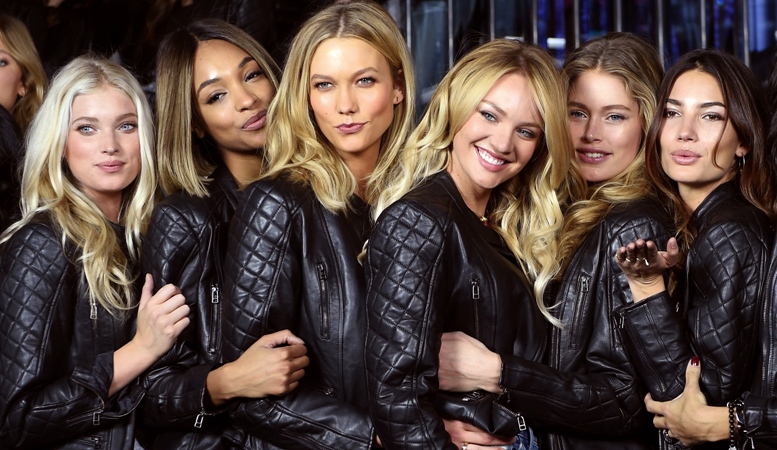 Victoria’s Secret models are a rarity when it comes to beauty. In fact, according to Elle magazine, chief marketing officer for the company Edward Razek says that they are less common that superstar athletes. He estimates that there are fewer than 100 women in the entire world that have what it takes to strut the catwalk at the VS Fashion Show, and only 33 were selected. While it undoubtedly takes phenomenal genes and a lot of gym time to look as good as they do, there are some beauty secrets that can make anyone look nearly runway-ready.

Here are some tips from the models themselves:

Karolina Kurkova
Want a flawless face like Kurkova’s? The answer lies in three simple products: an oil-free primer, illuminating foundation and iridescent finishing powder. Diane Kendal, makeup artist for NARS, told Elle that this combination makes skin look as if it’s glowing from the inside.

Toni Garrn
What’s the one must-have in Garrn’s makeup regimen? Highlighter, according to Fashionista. She noted that she’s been dabbing it along her browbone and on the bridge of her nose since she was 14 years old. Jessica Hart is another model who has a penchant for this product, but she uses it high on her cheekbones.

Behati Prinsloo
There’s one trend that the VS Angels were rocking all over the recent runway: the brown smoky eye. New York Daily News reported that Prinsloo begins by brushing a pale eyeshadow across her lids. Then, she dabs a darker brown into the crease. With an angled eyeliner brush, she carefully sweeps more of the deep pigment along her lower lashline and then along the top. This way, she doesn’t even have to use eyeliner to define her eyes. Finally, she adds a couple coats of a rich brown-black mascara and dabs some illuminator from the browbone all the way around to the undereye area to draw light to her peepers.

Adriana Lima
There’s one trick that can make your eyes look significantly bigger, like Lima’s. To get the doe-eyed effect, makeup artist Tom Pecheux told Elle that you can apply individual false lashes just at the outer edge of your eye. Or, he explained that you could simply keep extending your eyeliner at the outer corners and your eyes will appear larger.

Jourdan Dunn
Dunn doesn’t like to use fake lashes, but she does have a tip that can fake the same effect. She told Fashionista that she simply places a card behind her lashes so that she can apply more pressure while sweeping on mascara, pushing against the paper.