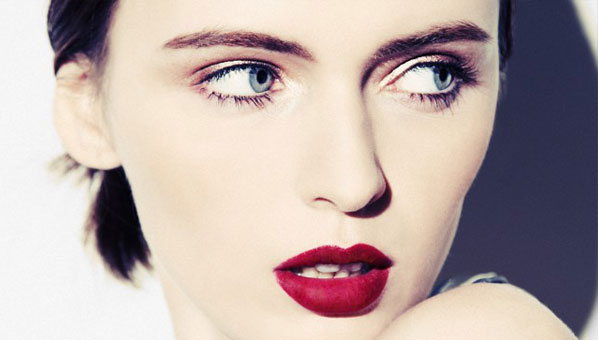 Beauty Trends To Toss And Try In 2014

As the year draws to a close and 2014 rapidly approaches, we’re all looking forward to new makeup and hair looks to try out. However, there are some trends that simply aren’t worth embracing – or have had their time in the spotlight and no longer look as eye-catching. Just because something becomes a fad for a brief period doesn’t mean you should stick with it. In fact, some of the most popular crazes in the beauty realm aren’t universally flattering.

Aiming to update your appearance for the new year? Here’s a guide to which tired trends you should avoid, and which new looks you should adopt:

Hair
One thing’s for sure – you saw a lot of ombre in 2013, from hair to manicures and even on lips. While there’s definitely a convenience factor when it comes to this trend as it allows you to grow out those highlights without worrying about your roots, there’s a slightly different twist that’s emerging for 2014. Glamour magazine called this new technique “Ecaille,” or “Tortoiseshell coloring.” The method was developed by the London-based colorist Jo Hansford, and has been seen on both Jessica Alba and Scarlett Johansson. It’s a slightly softer look than the high contrast two-tone ombre. The finished effect is multi-tonal, meaning darker shades fade more naturally into lighter hues on the ends.

Those with wavy or curly hair will rejoice in the fact that it’s time to put down the straightening iron – the pin-straight look is getting a rest this year. 2014 will be all about volume as opposed to flat ‘dos, which can tend to look a bit boring. Embrace your naturally tousled texture with the right hair products and you’ll look effortlessly beautiful.

As far as hair colors go, you can say goodbye to rainbow hues. Kyle White, the lead colorist at the Oscar Blandi Salon, told StyleList that he is seeing fewer clients ask for pinks, blues and other bright hair colors – which is probably a good thing as these pigments tend to fade after just a few washes and look less than stunning. Instead, he noted that more women will be opting for platinum hair. As Miley Cyrus, Elle Fanning and even the traditionally brunette Kim Kardashian are going for a cooler blonde, White expects more women to try this trend.

Makeup
Not all pink lipsticks are created equal. While bubblegum may have had a major moment in 2013, a new shade will be taking its place this year: fuchsia. As The Huffington Post pointed out, bubblegum is not flattering on many skin tones, but fuchsia can complement any complexion.

While dark lips were everywhere this year, Glamour noted that in 2014, more women will be reaching for rich berry shades in a sheer tinted formula. The advantage of these products is that they provide slightly less pigment so the final look isn’t quite as intense. Still, you can layer them if you want more drama. This is a subtler approach to the trend that is far more wearable than the grungy effect we saw in 2013.

Also, 2014 will be the year to lay off the bronzer a bit. This doesn’t mean you’ll be ditching your glow, it’s just that everyone is stepping away from the overly tanned look. For a natural radiance, try a light-reflecting tinted moisturizer and only use a bronzer that’s one to two shades deeper than your skin tone.

Although nail art isn’t completely out this year, it will be going through a major transformation. Instead of over-the-top graphics, try out some simpler designs like stripes, color blocking and a half-moon take on the French manicure in neutral lacquer hues.