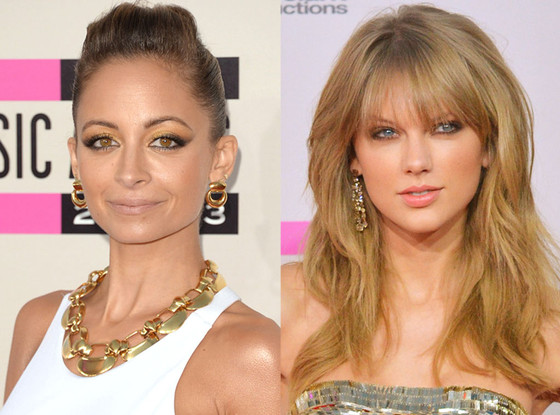 The American Music Awards are a distinctive affair – unlike the Grammys, winners are honored based on votes by music buyers and the general public as opposed to panel members. That means that the artists who go home with the trophies are decided by the fans themselves. This year’s event attracted some of the most talented and stylish acts in the industry, so there was stiff competition for the awards. Although it was no doubt a close call when it came to the standout performers of 2013, it’s just as difficult to determine who had the best look.

Here are some of the stars who really shone on the red carpet:

Taylor Swift
Swift was on fire at the AMAs, and not only because of her sultry look. The singer went home with a whopping four awards, including Favorite Album – Country, Artist of the Year, Favorite Female Artist – Pop or Rock and Favorite Female Artist – Country. So it’s no surprise that her makeup was just as crowd-pleasing as her music. Swift went with a chocolate brown smoky eye, bronzed cheekbones and a perfect pink pout, a combination which well complemented her sparkly gold gown.

Rihanna
This diva went home with the award for Favorite Female Artist – Soul/R&B, but she came with a jaw-dropping look as usual. Despite the fact that she was rocking a dramatic black glitzy bustier dress, she kept her makeup relatively simple. Winged black liner all around her eyes gave her some serious allure, while a radiant complexion and muted mauve lipstick softened things up for a feminine and flirty finished effect. Even her lids were relatively toned down, with just a sweep of shimmery taupe eyeshadow.

Christina Aguilera
As per usual, Aguilera was channeling her inner retro goddess at the AMAs, and not just because of her platinum blonde curly locks. The judge of “The Voice” opted for a classic cat-eye and a glamorous glossy pout, which gave her a vintage glam vibe. A dab of highlighter on her browbone and ultra voluminous lashes put her peepers in the spotlight, but her fire engine red lips definitely drew some attention, too.

Ciara
Sometimes less is more when it comes to makeup, and Ciara definitely proved that at the AMAs this year. The singer was rocking bold brows, bronze eyeshadow and lush long lashes, and her skin looked impossibly radiant. However, she stuck with a neutral lip shade that kept her overall look somewhat understated. Even though she didn’t win the award for Favorite Female Artist – Soul/R&B, her makeup was a major success.