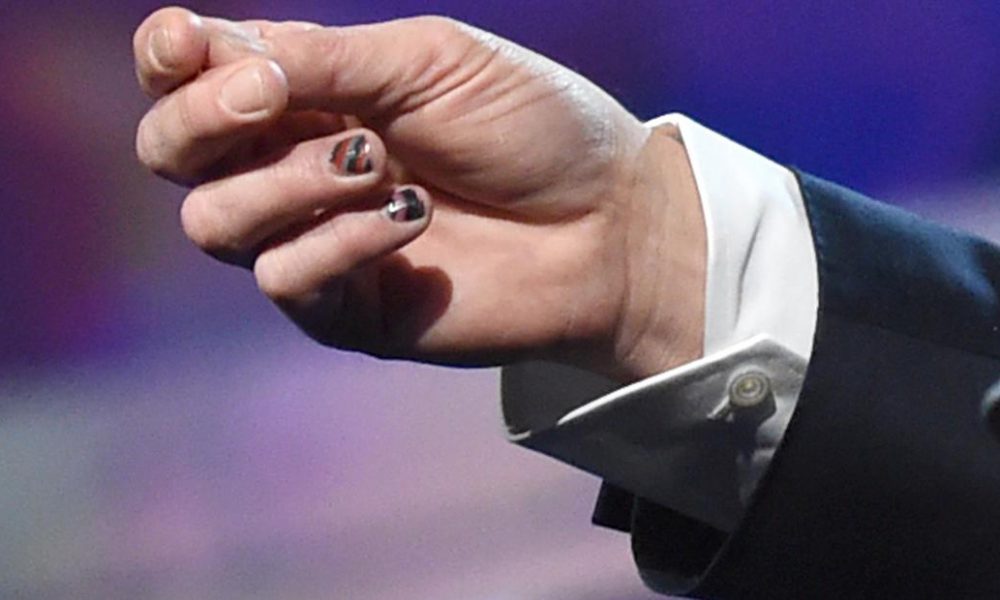 It’s totally fine for a guy to give his nails a bit of attention every now and then. After all, it’s not attractive to have scraggly nails and torn-up cuticles, especially for occasions where everything else looks clean and fresh. However, Allure magazine recently posted news of a nail polish line for men called EvolutionMan Nail Varnish and Nail Paint.

The line features a base coat, top coat, sparkly top coat and three metallic shades of purple, gray and gunmetal. It’s nice that some guys care this much about their nails, but chances are your guy isn’t one of them. Instead of getting him a set of nail polishes that he likely wouldn’t be caught dead wearing, pamper him with a gift set.

Anthony Logistics – FACE Duo Kit includes a cleanser and a moisturizer – all of which can be used at home without his friends ever knowing what made his face look so great. eShave – Start Up Kit is another great option that will help him get the closest shave ever. It comes with a brush, pre-shave oil, shave cream and after shave cream. He’ll appreciate the thought!