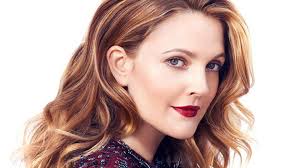 Drew Barrymore Says Happiness May Be The Best Makeup

She may only be 4 months old, but actress Drew Barrymore’s child, Olive, already has some stern rules in place when it comes to makeup. Recently, the celebrity told Us Weekly magazine that she won’t be letting her little girl wear makeup until she’s a teen! Barrymore, who’s been wearing makeup as an actress since the age of 6, wants her daughter to pride herself on her natural beauty prior to diving into eyeshadow, eyeliner and lipstick.

However, Barrymore says that once Olive is a teenager, all bets are off and she can experiment with cosmetics as much as she wants!

As Whole Living magazine reported, many makeup products on the market now make it easier to keep your skin healthy. Some natural makeup manufacturers even include nutrients that can benefit the skin. Knowing what to look for on labels is key when shopping for cosmetics. Try to avoid fragrance-infused products that may irritate you if you have sensitive skin.