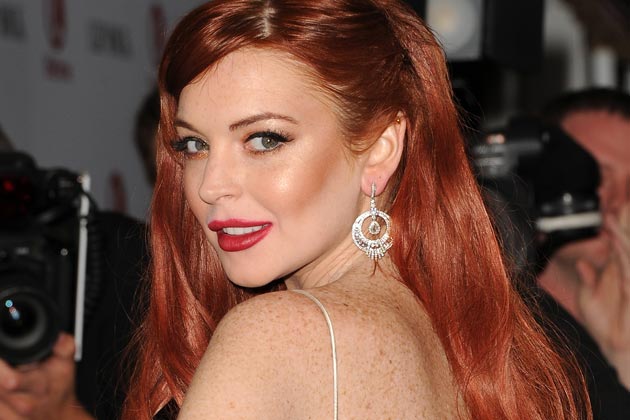 How Did “Liz And Dick” Star Lindsay Lohan Stun On The Red Carpet?

When it comes to making a splash, actress Lindsay Lohan is second to none. The Long Island native, who appeared in the 2004 comedy, “Mean Girls,” has been the subject of tabloid attention due to her outrageous antics off-screen. But the actress has a charisma all her own, and in her latest role as the legendary Elizabeth Taylor in the upcoming made-for-television Lifetime film, “Liz and Dick,” Lohan is sure to shine!

At the Los Angeles premiere of “Liz and Dick,” Lohan arrived in a stunning ivory-colored silk shift dress that complemented the actress’ rich red hair and alabaster complexion. Yet, it was Lohan’s mesmerizing use of red lipstick that created a focal point for her ensemble.

With her full lips and bright green eyes, Lohan looked like the quintessential redhead. You can recreate this captivating energy by investing in a product, which can give your pucker a lasting fullness and imbue lips with a rich, vitamin E complex!

Once your smooch is volumized to the max, you can draw attention to it with a hydrating lipstick like Sothys – Hydra-Glide Lipstick, which won’t dry out your lips, even after extensive wear. You’ll be as fresh and glamorous as Lohan in no time!