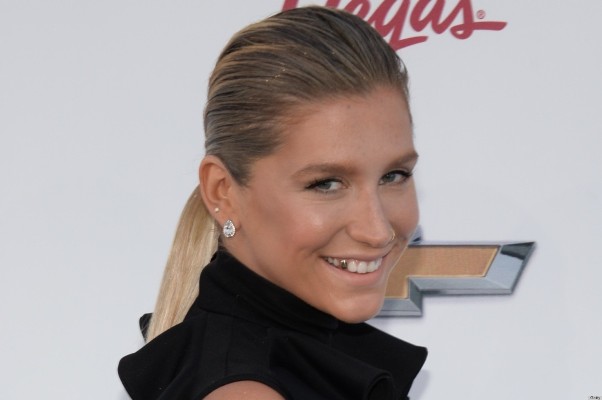 Is Ke$Ha Finally Growing Up With Her Makeup Choices?

It’s no secret that Ke$ha can’t get enough of the party life now that she’s a famous singer, but the pop star seems to be growing up right in front of the world’s eyes! Recently, Ke$ha showed up to the 2013 Billboard Music Awards wearing something refreshing – a little black dress. Her hair was tied back, sleek and casual – definitely different from what the pop star usually chooses to do with her tresses!

It’s also worth noting that Ke$ha toned down her makeup for once. Instead of wearing flashy eyeshadow and more than enough eyeliner, she chose to play it simple with a small amount of black liquid eyeliner around her peepers. She had a cat eye look and very little mascara on her lashes.

On her lips, Ke$ha wore a light pink lipstick, then used a subtle peach blush on her cheeks for some color. Some would say that it was very adult of the songstress, who’s been criticized for her fashion and makeup choices in the past.

Want to rock a pink lipstick that perfectly matches your pout? InStyle magazine claims that if you try to match your lipstick color to your gums, you’ll have a winning look every time!