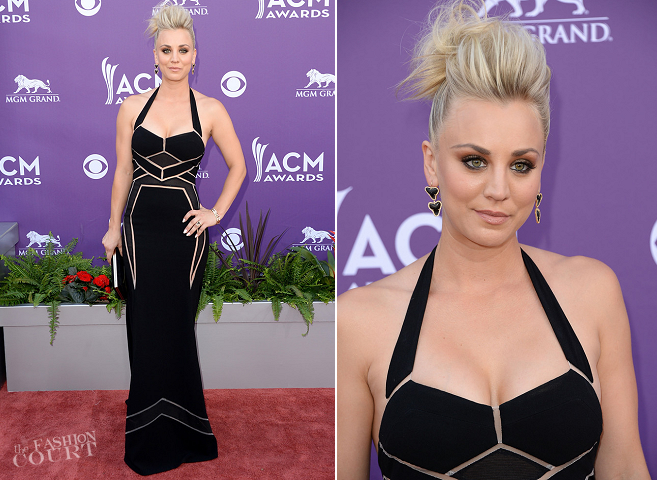 Ever since landing a starring role on the hit sitcom “The Big Bang Theory,” Kaley Cuoco has seemingly been everywhere. Most recently, she was spotted on the red carpet at the 48th Academy of Country Music Awards in Las Vegas, and she wowed onlookers with both her outfit and makeup.

Cuoco opted for a black and white BCBG mermaid gown that trailed behind her as she walked down the carpet. Her hair stole the show, tied back into a poofy bun that gave her an edge that she typically lacks. The all-American girl is often portrayed as a simple blonde with a sassy attitude on television. Cuoco successfully proved that she’s more than that!

The actress went dramatic around her peepers with a smoky eye look. An ample amount of black eyeliner and mascara surrounded her eyes, and her lids were brightened with a silver eyeshadow.

You can achieve a similar look by applying a bit of black liquid eyeliner around your own eyes, then using a volumizing mascara to give your lashes some length. Dab a little shimmery eyeshadow onto your lids, and you’ll be able to step out of the house in style!