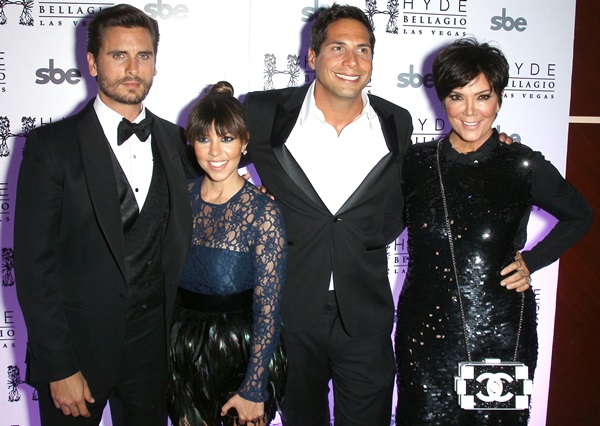 When you’re a part of the Kardashian family, it’s almost mandatory to look beautiful whenever you’re out in public. Kourtney Kardashian knows that this is true, especially when walking along the red carpet. Recently, the reality television star made an appearance at the 30th birthday bash held for her longtime boyfriend, Scott Disick.

At the event, her lacy, feathery dress stole most of the show, giving her an edgy look that most people aren’t used to seeing. However, it might have been Kardashian’s eye makeup that truly made her appear more unique – blue eyeliner was on tap! It also seemed as if Kardashian wore a bit of bronzer to give her face some summer-inspired color while she smiled for photographers. Because her eye makeup was so dramatic, she chose to go light on her pout with a sheer glossy lipstick.

It’s too early to tell if this is the new type of look that Kardashian will be rocking in the future. However, you can take advantage of her style now before everyone else hops on the bandwagon. To avoid looking too over-the-top, Redbook magazine recommends using blue eyeliner on your inner rims for a clean appearance.