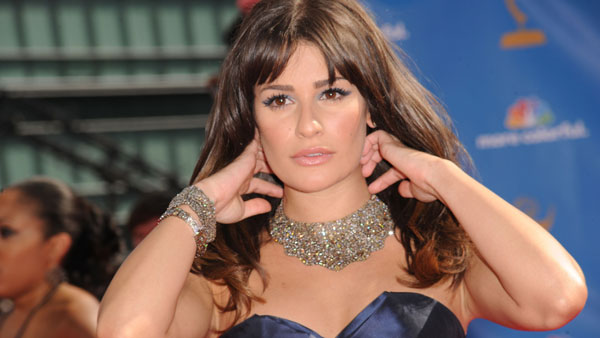 After the Emmys were handed out at Sunday’s awards show, most of the talk turned to what each star was wearing, and many critics agreed that this year’s best-dressed starlet was Glee star Lea Michele, pictured here at the Teen Choice Awards. The Emmy-nominee wowed the crowd in a strapless midnight blue number that featured a mermaid-like ruffled silhouette.

Upon closer inspection, the stylish starlet was also sporting matching makeup, rocking navy winged eyeshadow, which really united her entire look. It seems that her makeup artist drew her inspiration from some iconic Hollywood knockouts.

“My inspiration was the era of the ’60s,” makeup artist Melanie Inglessis told People magazine. “I thought of Raquel Welch and Bridget Bardot: the winged eye, the nude lip.”

And, according to the news source, recreating Michele’s flawless face is easy. Start with an eyeshadow primer to give color a solid surface to adhere to. Next, define lids with gold and steel tones, and emphasize eyes with a streak of dark blue pencil along the upper lash line, extending out in a winged shape.

As with any bold eye makeup, keep the rest of the look minimal, sweeping a soft pink blush on the cheeks and applying a nude lipstick.