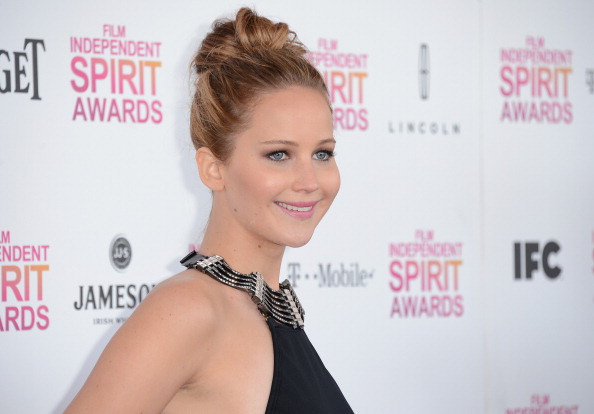 Photo Of Jennifer Lawrence Sans Makeup Leaks To The Public

One woman who stole the show at the 2013 Oscars was Jennifer Lawrence. Since starring in “The Hunger Games,” Lawrence’s acting career has blown up, and she’s also become renowned for her flawless beauty. While an ample amount of makeup goes into her appearance at star-studded red carpet events, Lawrence doesn’t always cake on the foundation, lipstick and eyeliner, especially while resting!

Recently, photos were leaked of the actress on her balcony in Hawaii, where she is currently filming the sequel to “The Hunger Games,” according to The Huffington Post. Not only did she appear to be wearing no eye, lip or cheek makeup, but Lawrence was also sporting brunette tresses. The assumption is that she needed to dye her hair to continue her role as Katniss, the protagonist of “The Hunger Games” series.

Want to mimic Lawrence’s look without completely going bare? One way to create a natural appearance is to hydrate your face with a tinted moisturizer to even out your skin tone, according to Real Simple magazine. A moisturizer will also help you create a radiant, dewy complexion. Then, fine-tune your look with a liquid concealer and you’re good to go!