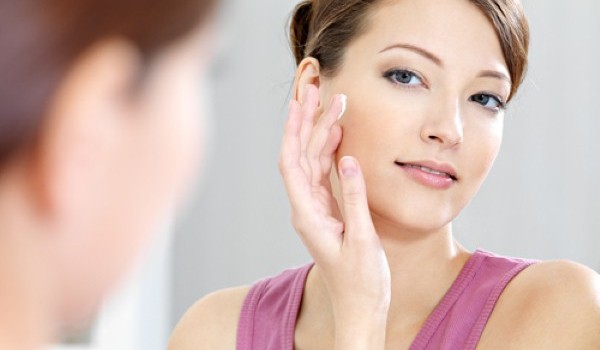 Prepped For Perfection: How To Use Primer Almost Everywhere

Much like artists prepare their canvas with a coat of primer, doing so for your face is crucial to enhancing the benefits of your products and making them last. Want to make sure concealer is sweat-proof? Worried that your eyeshadow will crease in heat and humidity? Trying to fight fine lines for smooth foundation application? The answer to all of these problems is makeup primer.

According to The New York Times, more women have been reaching for these products in recent years as the benefits have become more apparent. In fact, the news outlet reported that Euromonitor International tracked primers and related makeup purchases and found that sales rose a whopping 73 percent between 2006 and 2011. Polly Blitzer, founder of Beauty Blitz Media, told the Times that primers are the “Spanx of cosmetics.”

Face the hype
Want to see for yourself what all the fuss is about? Before you apply foundation, dab on a dime-sized drop of primer, emphasizing the spots where your skin tends to get the most oily, such as the T-zone. These areas will need a little extra to ensure that your concealer, blush and other products don’t dissolve throughout the day. After blending thoroughly, let the primer set for a minute. Then brush on a layer of finishing powder, which helps to hide imperfections while keeping oil at bay.

While many primers are clear, a tinted formula is a better option for those with a lackluster complexion. Allure magazine suggested green shades to combat redness and lilac hues for sallow skin. A pink formula provides a subtle glow that’s suitable for any skin tone.

But the perks don’t stop there – Allure also recommended using primer, like Too Faced – Shadow Insurance Champagne Eye Shadow Primer, around the eyes for vibrant eyeshadow that stays. Using your fingers, apply this balm to your eyelids to make sure pigment sticks. You can also dab some in the crease or on the browbone as a highlighter.

Not just for the skin
Lasting lashes require a primer as well. Sweep on smashbox – Layer Lash Primer, which strengthens and softens the eyelashes while combating any clumps.

Your lips are sealed with the Lip Insurance Smoothing, Anti-Feathering Lip Primer by Too Faced, which prevents cracking, bleeding or fading whether you’re using a stain or a gloss.

Finally, the Lippmann Collection 2 Second Nail Primer is the key to a chip-free manicure. Lippmann told The New York Times that applying this product before the base coat gets rid of any oil and grime on the nail bed, allows polish to go on more smoothly, in addition to ensuring faster drying.

Now you’re primed for anything.