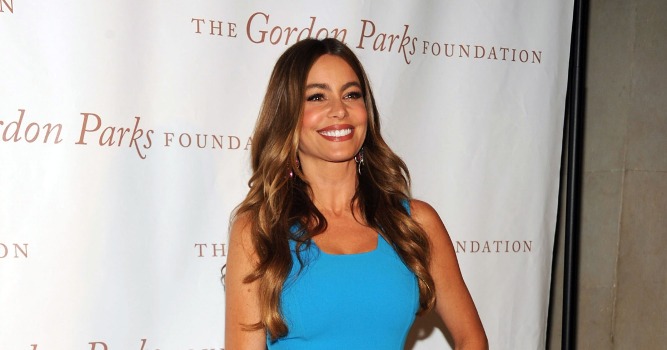 Sofia Vergara is one actress who’s not only popular for her humorous role on television, but for her natural beauty as well. It’s no wonder that cameras follow her everywhere she goes! Recently, Vergara made an appearance at the 2013 Gordon Parks Foundation Awards, and she turned heads with her style and choice of makeup.

The celebrity chose to wear a sleeveless dress that cascaded down to her knees and hugged her body in just the right places. It’s also worth noting that Vergara went with a bright shade of robin’s egg blue for her dress, perhaps in celebration of the upcoming summer season. On her face, Vergara kept it simple with a bit of black eyeliner and mascara around her peepers. She chose to sport a neutral lipstick with a hint of pink on her pout, which accentuated her smile when she posed for photographers.

Like Vergara, you might want to change up your appearance in time for summer. If you want to do so without completely revamping your makeup routine, Good Housekeeping magazine recommends simply adding a little bronzer to your makeup collection and using primer to withstand hot temperatures.