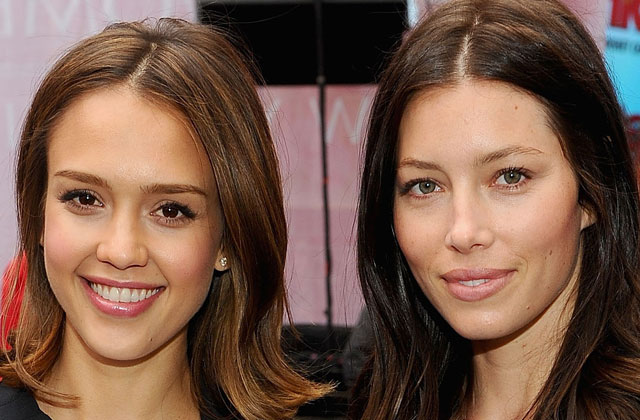 Surprising Beauty Secrets From The Stars

There are certain beauty tactics you already know are foolproof: Using lash primer before your mascara, moisturizing before bedtime and leaving your conditioner in for an extra few minutes, for example. Yet you still might be trying to figure out how celebrities look flawless all the time, whether they’re stepping off an airplane or strolling down the red carpet.

Some of their go-to products and strategies may seem like common sense, but others might catch you by surprise. Regardless, they seem to be working, so they might be worth a try. Here’s a few of their secrets for a stunning look:

Hair
Ever wondered why starlets never seem to have flat hair? The trick lies in the temperature of the blowdryer. Harper’s Bazaar revealed that actresses like Jessica Alba and Jessica Biel maintain a voluminous mane because they switch back and forth between the hot and cold setting. Professional stylist Oscar Blandi noted that while it seems counter-intuitive to blast your strands with cold air, it helps promote lifted roots that last for up to nine hours, while also adding staying power to the style.

You might already be aware that avocado is good for your body, but did you know that it’s excellent for your hair as well? According to Women’s Health magazine, Denise Richards mashes the creamy fruit and smoothes it onto her strands with one tablespoon of olive oil for an ultra-rich conditioning masque. Stay away from rubbing the substance onto your scalp, though, to avoid greasiness.

If you’re a product junkie, it’s important to deep clean your hair to remove buildup once in a while. A clarifying shampoo will do that, but Catherine Zeta-Jones has another tactic: she washes it in beer. Women’s Health explained that the alcohol gets rid of any substances that have accumulated on your tresses, which can make them look dull. After working in the solution, just cover your head with plastic wrap for five minutes and then rinse it out.

Skin
A-listers always appear to have clear, glowing complexions. According to Daily Makeover, Cate Blanchett concocts her own scrub with olive oil, macadamia oil, grapefruit juice and sea salt for a revitalized, radiant face. Meanwhile, Emma Stone, who has hyper-sensitive skin, swears by natural grapeseed oil as a moisturizer.

Other stars make their own skincare products at home. Us magazine reported that Kristin Cavallari’s DIY solution requires tossing half a papaya in the blender and leaving it on your face for five minutes. She told the source, “It’s really hydrating!”

According to the magazine, Olivia Wilde gets rid of puffiness around her peepers by steeping tea bags in warm water and laying them over her closed eyelids.

Makeup
You may have tried a multitude of lip products to get a plumped-up pucker, but you may be surprised to find that the secret is in your pantry. Women’s Health noted that Lisa Rinna puts a few drops of cinnamon oil in her lipgloss for a plumping effect. Makeup artist Patrice Evangeline told the source that it’s important to test the oil on your skin first to get the sought-after bee-stung look instead of a negative reaction.

If you can’t seem to get glitter off your lids, take a cue from Lady Gaga, who’s always rocking dramatic eye makeup. According to Women’s Health, she uses fabric tape to remove any stubborn stray pieces. However, the source pointed out that it’s best to resort to traditional makeup remover if your skin is at all sensitive.

Starlets always seem to look bright-eyed and alert, even if they’ve been on set shooting all night. Women’s Health revealed that Miranda Kerr just uses shimmery lip balm as a highlighter on her browbone and around her eyes to perk them up. For ladies who are prone to breakouts, makeup artist Stefanie Syat advised using a natural product and avoiding gloss, which could clog pores.