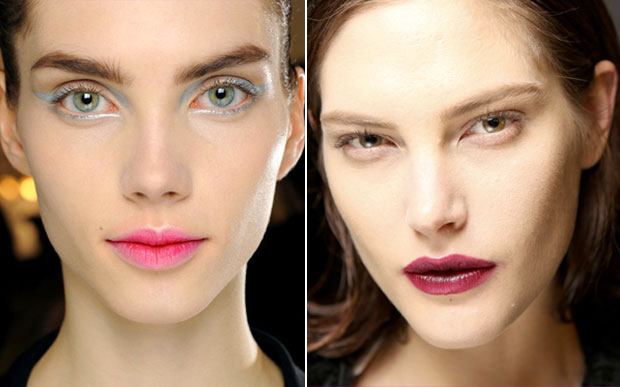 The latest lip trend is the epitome of perfect imperfection. While blurred lips may seem like a beauty accident, the look is actually totally intentional, and incredibly stunning. However, achieving this effect doesn’t just require messing up your lipstick – it’s an art. This trend initially exploded when models on couture runways strutted down the catwalks rocking a blurry pout, and ever since then, more fashion-forward ladies have been clamoring to emulate the look.

You can get a soft-focus pout, too, by following these simple tips:

Red outside the lines
The models at the Marni show sported a classic red lip, which certainly never goes out of style. However, their version didn’t seem to have any boundaries. In fact, the outline of the lips completely disappeared, so it looked as if the lips faded right into the skin. To get that effect, makeup artist Tom Pecheux told Allure magazine that he used a matte berry lipstick to get a rich pop of pigment. Then, he dusted a bright crimson loose pigment on top to set the color. After dipping a cotton swap into translucent powder, he swept it around the edges of the lips to make it look blurry.

Makeup artist Lucia Pieroni used almost the same tactic on the models at Vera Wang. She layered two different burgundy lipsticks on the center of the lips to get the perfect wine-inspired hue, and then dragged the pigment toward the edges with a Q-tip.

Grunge glam
Rachel Zoe wanted a dramatic look for her show. Makeup artist Charlotte Tilbury told the magazine that the designer sought a bold oxblood lip color, which strikes a balance between red and purple. However, she also aimed to soften the intensity of the dark hue by diffusing it. After applying an oxblood lipstick, focusing on the middle of the models’ lips, Tilbury blended the pigment outward using her fingertip. The result? A look that’s both elegant and edgy at the same time.

Fade out
While you typically apply lip color to make your pout appear plumper, the objective at the Dior show was just the opposite. Makeup artist Pat McGrath, who has painted the models’ faces for dozens of couture designers, said that the girls in Andy Warhol illustrations were her muse for this look. She started by applying an intense fuchsia lipstick all over the lip. Then, she used translucent powder to tone down the color a bit and lock it in place. The most important step, though, was dabbing concealer around the border of the mouth so that only the center had a pink flush.