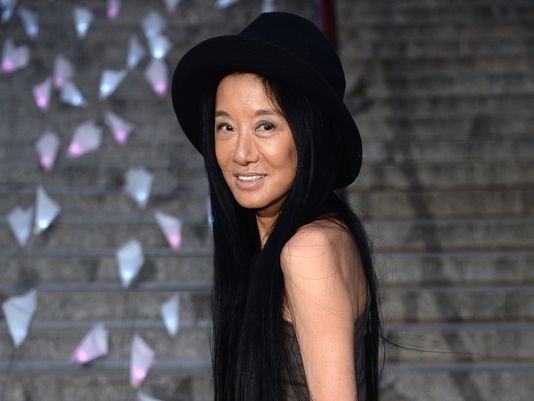 Vera Wang Is A Pro At Both Fashion And Makeup

If there’s one woman who knows a thing or two about looking glamorous, it’s Vera Wang. The renowned fashion designer recently made an appearance at the Tribeca Film Festival wearing a trendy ensemble that turned heads as she smiled for the cameras.

Wang wore all black in addition to stunning stilettos that gave her a few inches of height. On her head, she had a large black hat to match that topped off her chic look. However, it was her choice to go light with makeup that’s really worth noting.

The designer seemed to allow her outfit to speak for itself, wearing only a bit of black eyeshadow on her lids. Wang went for a subtle look on her lips as well, opting for a neutral glossy lipstick. She had just the right amount of makeup on for her dark, dramatic ensemble.

If you want to mimic Wang’s look, think about limiting the amount of eye makeup you wear if you’re already sporting a bold outfit. A simple gray or black eyeshadow on your lids is enough to draw attention to your peepers. Don’t overdo it with a flashy, bright color on your pout.