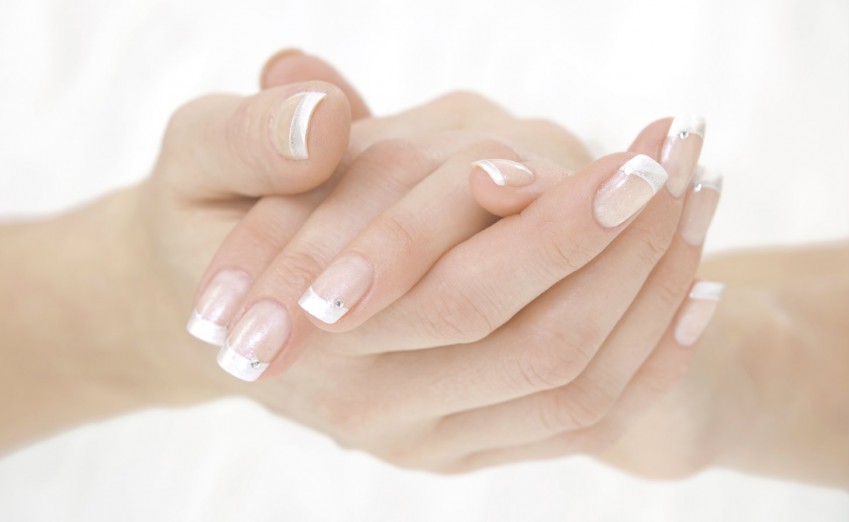 Naked Nails: How To Go Unpolished

As much as nails in bright and glittery shades are fun, it’s OK to leave them naked once in a while. In fact, it can be beneficial to give your nails a break in between manicures. Dermatologist Susan Taylor explained to New York Magazine that applying lacquer frequently often dries out the nails, making them more vulnerable to chipping and breaking. On top of that, polish can stain your nails, and the best way to get rid of any yellowing is by letting them breathe.

Fortunately, nude nails go with anything, so you don’t have to worry about matching your mani to your ensemble. That doesn’t mean letting them go completely, though – there are still a few steps you’ll need to go through to make sure your nails look healthy, neat and generally well-kept.

Clean
Bacteria can build up quickly under the nail, so it’s crucial to keep them trim with a clipper or file. However, Self magazine advised against filing your nails directly after showering, as they’re in a softer, weaker state. Additionally, the source recommended filing in the same direction, as a back and forth motion can break them down. To rid your nails of unsightly discoloration, soak them in Club Soda Fizz Nail Whitening Soak by Nailtini, which simultaneously sanitizes and brightens.

Hydrate
Since there’s no polish to cover imperfections, dryness is more apparent than ever. It goes without saying that it’s important to drink plenty of water, as the signs of dehydration can show up in your nails. Additionally, apply a few drops of cuticle oil every few days and massage into the nail bed for a light, healthy sheen.

As an alternative, Self magazine recommended using Vaseline before bedtime to smooth out cuticles while you sleep. To lock in the moisture, wear a pair of cotton gloves.

Strengthen
Going sans polish is also a great idea if your nails have become weakened, perhaps from too many gel manicures. A top coat isn’t only useful for locking in your lacquer – it can act as a barrier that can prevent nails from breaking or splitting. Brush on two coats of the Lippmann Collection’s Hard Rock Hydrating Nail Hardener to make fragile nails more resilient.

There are also certain things you should avoid while maintaining your unpolished nails. Self magazine explained that dishwashing fluid contains chemicals that can dry out and irritate your hands, so it’s critical to wear gloves. Though it may be tempting, the magazine also warned not to bite your nails – not only are you hindering healthy growth but you’re also risking infection.