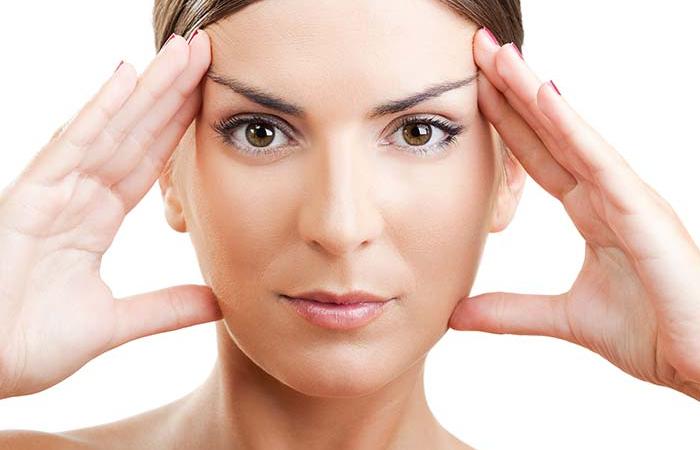 Foods And Drinks That Age Your Skin

You probably already know that certain superfoods can make your skin look healthier, younger and more radiant. But were you aware that other foods and drinks can actually age you? Certainly, anti-wrinkle products, a rich moisturizer and a powerful concealer can help you to reduce or hide any flaws that come with time. But in order to help stall the aging process from the inside out, try limiting your intake of substances that could seriously sabotage your skin.

Sugar
There are a multitude of reasons to limit your sugar intake, but in an interview with Discovery Fit & Health, Dr. Nicholas Perricone explained that excess sugar can actually lead to the kind of inflammation that accelerates aging. He noted that when blood sugar spikes, “glycation” happens, which involves the sugar adhering to collagen. As a result of this proves, the skin becomes more stiff and prone to wrinkles. It’s not just your typical candy bars and desserts that cause these effects, either: Dr. Perricone pointed to refined carbs like white pasta, bread and rice as other major culprits.

Foods such as white pasta, bread and rice act the same way as sugar, according to Dr. Henry Lodge, who told Care2 that these refined carbohydrates can cause a dramatic rise in blood sugar levels and glycation. Additionally, they promote insulin resistance, which happens when too much insulin is released and your blood sugar levels crash. You don’t need to cut out carbs completely – just opt for whole grains, which digest slower and won’t cause blood sugar to suddenly soar or drop.

Alcohol
You might want to think twice before picking up that second or third drink. Dr. Oz reported that excessive alcohol consumption can hinder the body’s production of vitamin A, which is crucial to the skin’s cell turnover and the production of collagen, which is key to a youthful complexion. Additionally, he revealed that when alcohol is broken down in the body, it expands the blood vessels that allow blood to flow to your face, causing redness and puffiness. Over time, alcohol continues to make blood vessels widen, and can eventually lead to permanent red patches similar to rosacea or broken capillaries.

Salt
Our bodies need salt for survival, but too many shakes can add years to your face. Neal Schultz, a dermatologist, told Shape magazine that excess salt can cause you to retain water, which leads to a swelling effect. This can translate to a puffy face, which makes you look old and tired. Shultz noted that this is especially common around the eyes as the skin there is thin and delicate. Sodium also dehydrates you, which can promote dry, tired looking skin.

Coffee
Even though you drink java to feel awake and alert, too much of it can dehydrate you, causing you to look more tired. Dr. Deborah Wattenberg told NBC News that since caffeine is a diuretic, coffee, soda, tea and energy drinks don’t allow your body to hold on to the water it needs. This causes your skin to look old and shriveled instead of supple. Try to stick to one cup of joe a day, and even less when it comes to sugary soft drinks.

Saturated Fat
Saturated fat isn’t just damaging to your heart and your waistline – it could also make your skin age faster. A study by the American Journal of Clinical Nutrition found that a 17-gram increase in daily intake of these fats was linked to a more wrinkly face. Related research by the International Health and Development Unit at Monash University found similar adverse skin effects, particularly as a result of butter consumption. Try to avoid fried and processed foods, which are loaded with these unhealthy fats.