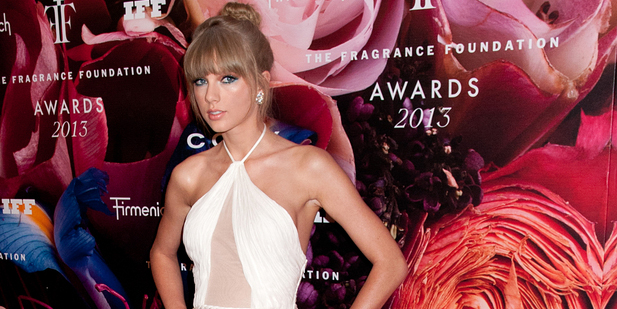 Taylor Swift has become a favorite of the media as of late, and for good reason. Not only is she a tremendous singer of both country and pop music, but she’s growing into a beautiful young woman. Recently, Swift showed off her natural beauty at the 41st Annual FiFi Awards and made a bold statement with her makeup.

Gone are the days when Swift was just a teenager singing about her broken heart – now, the songstress is all about reigning supreme in the fashion world as well as the music industry. Swift wore a gorgeous white dress to the event, which would’ve been considered plain if it weren’t for her stunning eye makeup. The pop star chose to wear an ample amount of black mascara and eyeliner around her peepers to create a dramatic appearance. On top of it all, she opted for a shimmery silver eyeshadow that truly brought out the beauty of her eyes.

If you want to achieve a similar appearance, don’t be afraid to try a metallic eyeshadow! Elle magazine recommended dampening your eyeshadow brush prior to applying the makeup to your lid for a more opaque, intriguing effect.