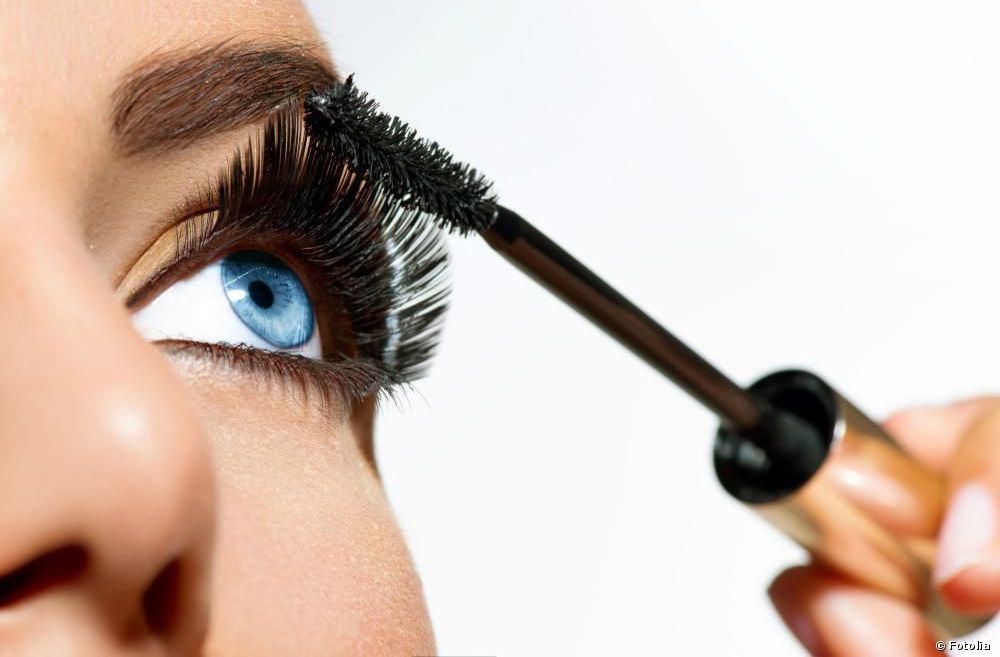 The Right Way To Apply Mascara

One beauty trend that never goes out of style is long, luscious lashes. Celebrity makeup artist Mally Roncal even told Redbook that they’re “the secret to all good things in the universe.” Still, a lot of women don’t know the right way to apply mascara to achieve this look. (Hint: It takes more than just a sweep of the wand.) Follow this tutorial to maximize the lash factor, whether you’re going for a coy babydoll look or a more dramatic effect.

Step 1
Before applying any mascara, it’s crucial to use an eyelash curler, which makes all the difference in boosting volume. Squeezing the curler on the upper lashes and holding for several seconds is enough to make an impact. HERLIFE Magazine recommended brush loose powder on the undereye area to prevent any falling product from sticking and smudging. The news source also suggested holding a tissue under your bottom lashes to catch mascara before it reaches your skin.

Step 2
To get your lashes prepped, you’ll need smashbox – Layer Lash Primer. This creamy formula moisturizes and softens lashes with natural oils, which can result in smoother mascara application. Additionally, protein and vitamins can help to prevent lash breakage. Resist scraping the brush against the edge of the tube, as it could result in an uneven application. Brush on one coat, and waste no time before applying mascara while the primer is still wet.

Step 3
Armed with a powerful tool like the Super Style Volume & Length Mascara by Babor, press the wand directly into the lash base and pull upward in a vertical motion. Then gently wave the wand across lashes back and forth to fan them out and eliminate any clumps. Don’t forget about the tip of the wand: By turning the wand and pressing it into the tops of your lashes, you can paint each of them for extra separation.

Step 4
Don’t be scared of the bottom lashes! While many women avoid them for fear of a spider-effect, it’s possible to make peepers really pop by brushing the lower lashline. Just use the tip of the brush to graze them individually in a vertical motion.

Step 5
Brush away any loose powder and voilá! Your lashes are locked, loaded and ready for anything. If you need to touch up before going out at night, just blot the wand with a tissue to get rid of any excess product.