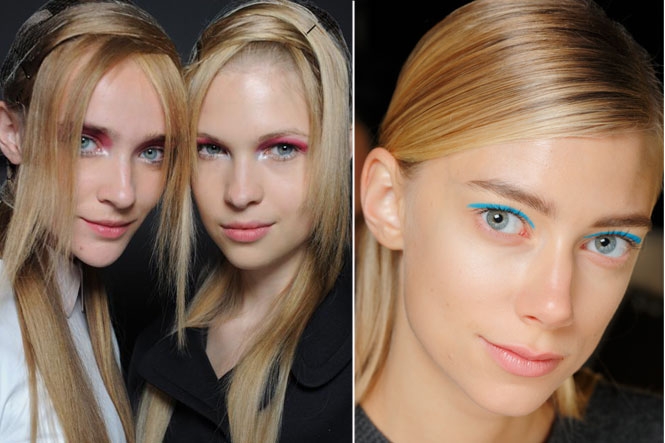 Want To Know The Next Big Shade Of Eye Makeup According To NYFW?

New York Fashion Week (NYFW) is in full swing, and it’s been showcasing a lot more than the latest clothing fashions – tons of beauty looks have also been gracing the runways. So what’s going to be trendy next? According to Glamour Magazine’s beauty blog, when it comes to eyeshadow, turquoise is expected to reign supreme in the upcoming months.

A minty, blue-green turquoise was seen on models at the Rebecca Minkoff and Kate Spade shows. The former featured a pastel turquoise shadow like Too Faced – Single Eye Shadow in Neptune on the inner corners of the eyes, with a peachy shade on the outer corners and a thick line of black eyeliner along the upper lash lines.

The Kate Spade show had models wearing bold turquoise shadow in an exaggerated wing shape along the entire lid, with a white eyeliner like the one in Blinc – Eye Liner Pencil – White in Yin and Yang along the upper lash line for contrast. It was paired with a glossy pink lip for a girly touch.

If you’re looking for a way to ease yourself into the turquoise trend, try using an eyeliner first. After applying black eyeliner as usual on your upper lash line, follow with a turquoise liner just above the black. This will add a pop of color that’s not too overwhelming.