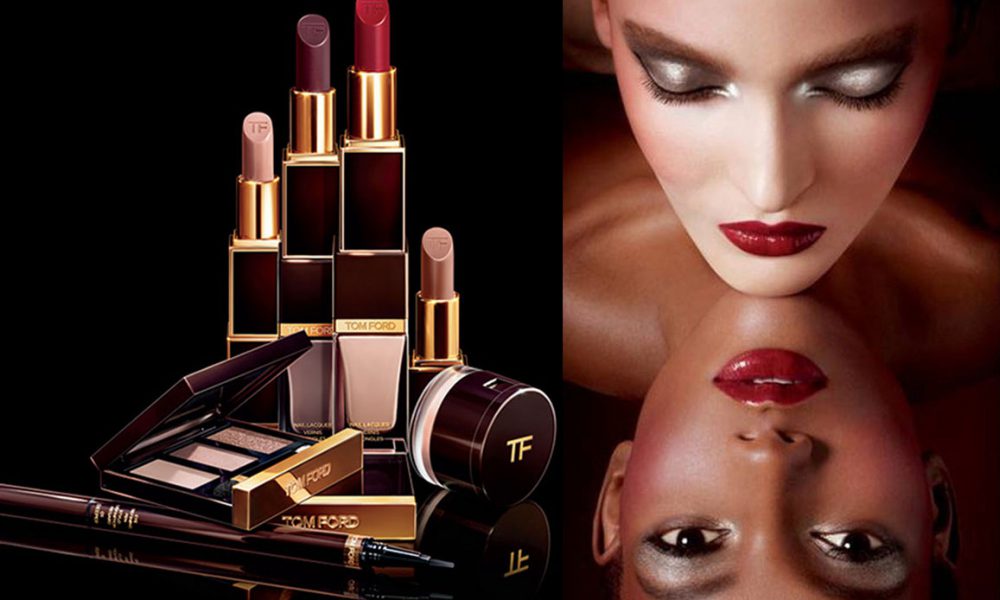 Beauty mogul Tom Ford has been making the headlines as of late – reason being he’s got a full line of makeup and beauty products that’s soon to hit the shelves.

For one, Ford chalks up his interest in a new line of products to a rather unfortunate vegetable fiasco that happened to him when he was 14. Obsessed with beauty at such a tender young age, little Tom got taken to the emergency room after he had an allergic reaction from the cucumbers that he placed on his eyes. To add to it all, Ford’s campaign is also receiving a lot of attention thanks to the fact that his bearded face is featured next to Lara Stone’s in all of the ads.

Smart man that he is, Tom is letting his brand get a bit of added help from his reputation. Ford is making it known that he uses many of his own products. As the Huffington Post puts it, “if it’s good enough for Tom Ford, consider us sold.”

Still waiting to see this treasure trove hit the shelves? Sate yourself with a signature Tom Ford fragrance in the meantime.