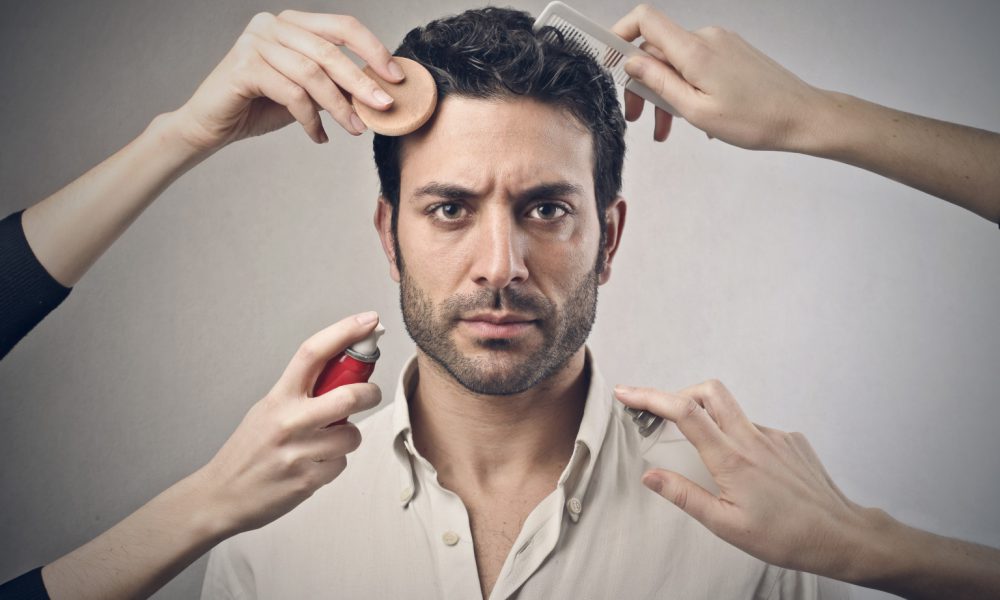 Would You Date A Dude Who Wears Makeup?

Before you start imagining your guy standing in front of the mirror painstakingly applying eyeliner and mascara, realize that we’re talking about makeup that’s a bit more subtle – like concealer or tinted moisturizer to even out his complexion. Apparently, Emma Stone said she wouldn’t mind dating a guy who wears tinted moisturizer, as it’s necessary on camera, reports Allure Magazine. But would you?

The first thing you do when you spot a zit is probably reach for the same types of products, so who’s to say a guy can’t do the same? Red, angry pimples aren’t ideal no matter what sex you are. However, most guys would balk at the thought of putting something like this on their face, so they’re more likely to want preventative products that will keep acne from surfacing in the first place.

Exfoliation is one way to make sure that no dead skin cells are clogging up pores, so your guy might like Jack Black – Face Buff Energizing Scrub. Not only does it smooth skin and feel cool to the touch, but it helps prep the skin for a closer shave. Bonus! A moisturizer is also a great product that’ll keep your guy’s skin soft and clear, so try adding something like Baxter of California – Oil Free Moisturizer to his routine. It’s a lot better than having to cake on makeup!