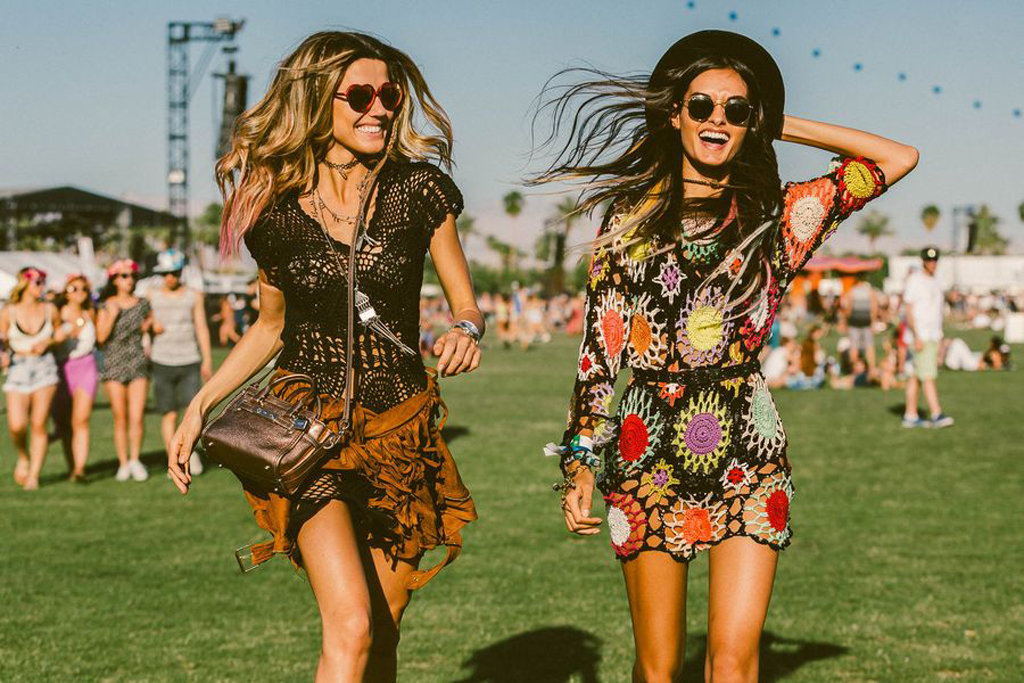 The Coachella festival may only be two weekends in April, but the trends it showcases will be showing up on celebrities and ordinary people alike for the rest of the year. Here’s a look at the best beauty looks you can take straight from Coachella and apply to your look this year.

Singer Lykke Li went for an all-black, bell-sleeved outfit for her Coachella set, but it was her makeup that sold the look. To get this for yourself, focus on eyes defined by dark eyebrows that are shaped, not over-plucked, continuing the trend for fuller eyebrows of the last three years. For the best shape and strongest statement, fill in with eyebrow pencil. Dramatic eyes are balanced by a soft pink lip instead of a dark color or a glossy red, which would take emphasis away from the eyes. The look is completed by a flawlessly smooth foundation that matches your natural skin tone rather than washing you out. This is a look that says goth style doesn’t have to mean you look like you spent the night in a coffin.

Hair at Coachella this year was either carefully braided or left to flow in loose, be

achy waves. Single braids were rare – hair was more commonly worn in styles with two or more braids. A braided look doesn’t just have to be a formal one. Many were embellished with bright streaks of blue hair or with cute fabric braided in. Want a looser look? Then braid hair at night and tousle it loose in the morning for the other common Coachella look: loose, shoulder-length waves.

While body paint is always popular at Coachella, this year both celebrities like Kylie Jenner and regular concert attendees alike were wearing small amounts of body paint in specific areas to highlight rather than cover a feature. While this won’t be an everyday look (unless you happen to be a Kardashian) it serves the same purpose for special occasions or going out that a piece of statement jewelry would. Try a row of tiny cream or pastel pink dots swirled around your left wrist or tracing a line down your throat. Too bold? Go for a softer version with some shimmer powder.

Coachella is a showcase for music, but new beauty trends shine there, too.