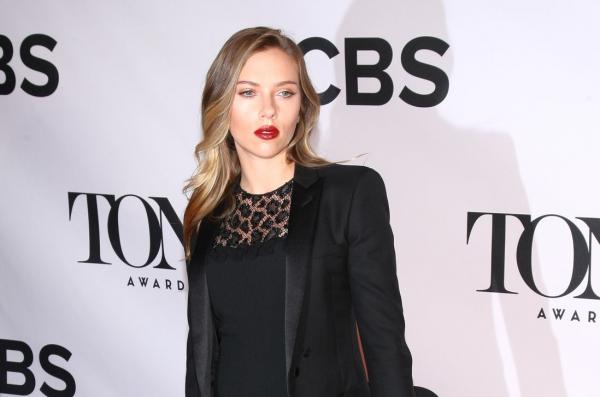 Women who’ve been waiting for a big red carpet event to gain makeup tips for the upcoming season had their fill of inspiration after the 2013 Tony Awards. This star-studded event had celebrities who weren’t shy about showing off their fashion sense as well as their makeup tricks to create glamorous looks for the cameras. Whether you tuned in to the Tony Awards or you missed out, it’s never too late to take notes on what some of Hollywood’s hottest female actresses did with their cosmetics. Here are some of the many women who showed up to the Tonys, as well as how they looked when they posed for photographers.

Angela Bassett
One woman who doesn’t need an ample amount of makeup to turn heads is Angela Bassett, and she chose to go light on it for the Tony Awards. Bassett opted to wear a glossy neutral lipstick on her pout and just a bit of black liquid eyeliner around her peepers. She proved that you don’t need to pile on the cosmetics to show off your beautiful complexion, even if you’re attending a big media event!

Cyndi Lauper
It’s practically guaranteed that when she makes an appearance at an award show, Cyndi Lauper is going to draw a crowd. This is exactly what she did at the award show, sporting red hair in a towering updo. However, it was her makeup that truly had people talking – Lauper went bold with a fire-engine red lipstick on her pout. On her eyes, she chose to use a black mascara that gave her lashes additional length. She didn’t need much else on her face to make a memorable impression on her audience.

Debra Messing
A certain actress who decided to be daring with her eye makeup at the Tony Awards was Debra Messing. The actress decided to create a cat-eye look with black eyeliner and dark gray eyeshadow that made her peepers the stars of the show. She also wore black mascara to give her lashes volume and depth. On her lips, Messing played it safe with a neutral, nude lipstick that didn’t take away from what she tried to accomplish with her eyeshadow and eyeliner. While some might say that the color around her eyes was too much, Messing created balance by opting for little makeup elsewhere on her face.

Scarlett Johansson
Cyndi Lauper wasn’t the only one who showed that you can confidently wear a bold lipstick on the red carpet – Scarlett Johansson did just the same. However, the actress opted to go with a deeper red on her pout, reminiscent of wine. On her eyelids, she wore a little bit of bronze, shimmery eyeshadow to ensure that her peepers didn’t fall flat. Not all women are brave enough to sport a vivid color on their lips, but Johansson and Lauper proved that it’s easier than you think!

Rita Wilson
This is the year to get more involved with the colorful cosmetics you have in your collection, and Rita Wilson showed women how to do so at the Tony Awards. The actress wore a bit of blue eyeliner around her eyes at the event to complement her deep blue dress. It worked wonderfully with her nude, glossy lipstick and black mascara, which topped off her appearance. Wilson also showed that you can never be too old to wear bright colors, especially when they happen to be in style – 2013 is the year to go bold and try it out!

Whether you’re on the hunt for new makeup or want to try something new this season with your cosmetics, the looks from the Tony Awards can help you start brainstorming.