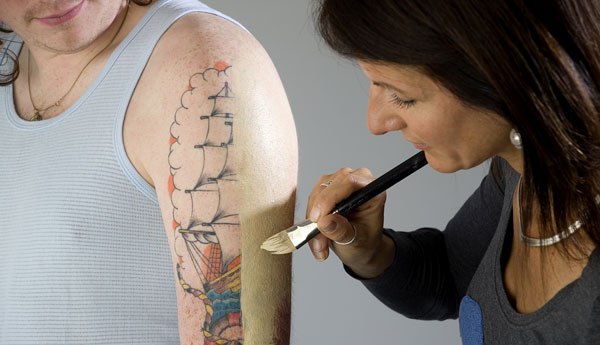 Consider Concealing Your Tattoo Before A Job Interview

Many people spend weeks preparing for a job interview – they need time to track down the perfect outfit to make a dynamite first impression. And while some may argue that a great resume should be enough to secure a new job, it seems that one woman was recently judged by her appearance.

According to The Telegraph, when 23-year-old Hayley O’Neil, who has 30 tattoos and 20 piercings, met with an advisor about getting a new job, she wound up being judged by her appearance.

“The guy said, ‘On first impressions do you think anyone would hire you?'” O’Neil told the news source. “He said, ‘Look at it this way, if you were to stand behind a wall – or put a paper bag over your face – do you think you would have a better chance?'”

O’Neil claimed that she left the interview in tears, adding, “‘I just felt so humiliated. I couldn’t believe what this guy was saying.”

While many employers may not react as strongly, individuals that have visible tattoos may want to conceal them before an interview. Dermablend Leg and Body Cover Creme SPF 15 is a long-lasting concealer formulated to hide tattoos, scars and birthmarks, and it is available in over 10 shades.