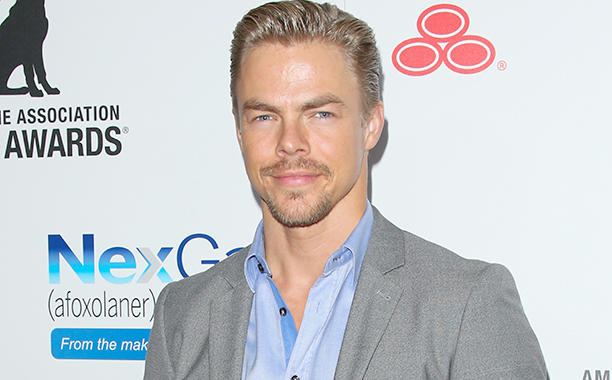 From the first time that Jennifer Grey and her partner Derek Hough stepped on the dance floor, it was clear that the duo were the favorites to win season 11 of Dancing With the Stars. During “rock and roll night,” however, the polished pair seemed to stumble a bit, performing a less-than-perfect paso doble.

And while contestants often blame missteps on fatigue, injured body parts or the complexity of the dance itself, it seems that Derek attributes the poor performance to an unlikely source – his makeup!

After the show, the professional dancer talked to E! Online about his thoughts regarding the paso doble. And it seems that if he had simply been wearing waterproof eyeliner, the mistakes could have been avoided.

“This is what happened tonight,” Derek told the news outlet. “The dance was going well, I told [Jennifer] to get fierce, and she was all in it. And then at the end, this eyeliner got in my eye! Then I flew off and she was off balance and it was a mess. So basically, the moral of the story is don’t wear eyeliner if you’re a guy.”

Women who are planning to dance the night away should stock up on water-resistant mascara and eyeliner, so that they can rock fierce eye makeup without having to worry about running and smudging.