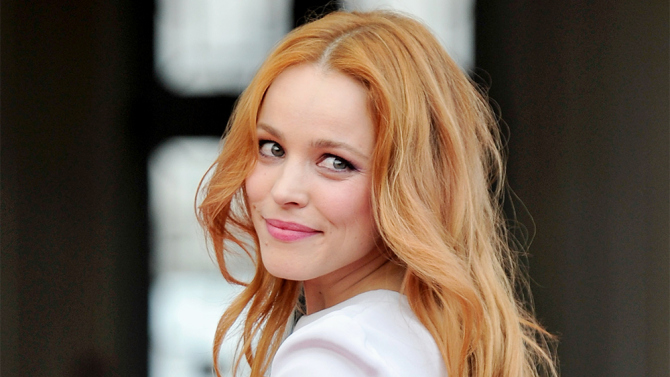 Actresses often have to sport a variety of hairstyles depending upon their latest roles, and Rachel McAdams is no exception. Recently, Rachel’s makeup artist – and sister – Kayleen spoke to InStyle magazine about selecting makeup based on her older sister’s tresses.

While Rachel often sweeps her hair back, the actress sometimes sports bangs, which causes Kayleen to concentrate on intense eyeshadow and liner.

“Here she has bangs but they’re longer, so she did a darker eye,” Kayleen said, referring to a picture from 2009. “It’s all about making sure that her eyes really stand out and don’t get lost behind the hair.

A few years earlier, Rachel rocked a pink-and-blonde-colored ‘do that proved to be a challenge for Kayleen.

“It was hard to find makeup colors when Rachel’s hair was pink, so we had to try different versions of candy pink for everything,” Kayleen told the news source. “People like Lady Gaga and Avril Lavigne added pink accents too, but I like to think Rachel was the first.”

However, it seems that Rachel’s ever-changing hairstyles personally benefit Kayleen as well. “When I see something on her, I know how it’ll look on me!” she added.