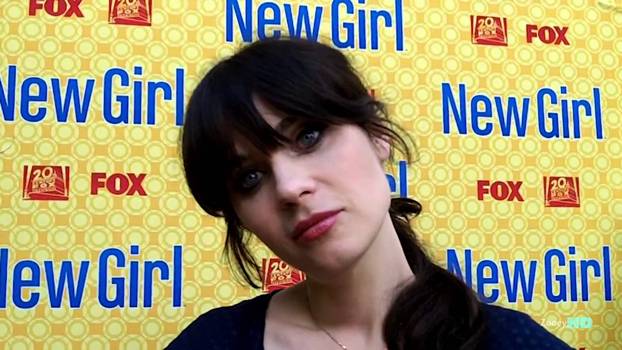 Zooey Deschanel Proves That You Can Wear Bold Lipstick Casually

One woman who knows how to entertain on many levels is Zooey Deschanel. When she isn’t singing in her band, She & Him, she’s starring on her hit show, “New Girl.” Recently, Deschanel was at the screening of “New Girl” in Hollywood alongside her other cast members. As usual, the actress and singer wowed the crowd with her chic ensemble and beautiful makeup.

Deschanel wore a plaid skirt and a simple black blouse, but it was fitting for the acoustic singer, who tends to play it casual on and off camera. She allowed her natural beauty to speak for itself, wearing makeup on her pout and peepers to accentuate her best features.

The actress opted for black mascara to give her lashes some much needed volume. A black eyeliner around the rims of her eyes gave her a more dramatic appearance fit for the formal occasion. On her lips, Deschanel chose to wear a mauve lipstick that stood out in contrast to her skin tone.

If you want to wear a bold lipstick, you don’t have to be attending a red carpet event! The Huffington Post recommends trying out a few different shades to find which one works best with your skin tone, then buying a lip liner to keep it all in place.