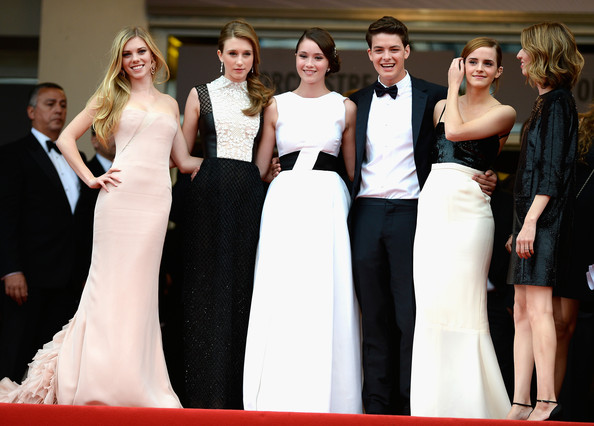 Anyone who knows anything about movies will tell you that the Cannes Film Festival is one of the most prestigious film events of the year. Not only is it where some of Hollywood’s finest are recognized for their work on the silver screen, but their fashion as well! This year, numerous celebrities showed up to the 66th Annual Cannes Film Festival to celebrate a year that’s already been filled with blockbuster hits.

Many of the stars who attended the event turned heads for their ensembles as well as the makeup they wore on the red carpet. Whether you didn’t get a chance to pick up a celebrity gossip magazine yet or search the Internet for Cannes Film Festival news, it’s not too late to see who wore what in front of the cameras! Some of these ladies’ fashion and cosmetic choices will likely set the tone for the upcoming season.

Emma Watson
This gorgeous celebrity has come a long way since originally gaining worldwide fame in the “Harry Potter” movie series. At the Cannes Film Festival, Watson chose to show off her natural beauty through the makeup she selected for the event. Rather than opt for a bold lipstick, she selected a subtle pink for her pout. Additionally, Watson kept it simple with her eyes – it seems that she had a bit of silver shimmery eyeshadow on her lids to brighten up her peepers. A hint of black mascara was also added to extend her natural lashes. However, there was nothing more than that on her face to showcase her stunning natural features!

Carey Mulligan
Watson wasn’t the only star who chose to tone it down for the red carpet event – Carey Mulligan, who starred in “The Great Gatsby,” also decided to wear less makeup in front of the cameras. Just like Watson, she proved that you don’t need to cake on the blush and eyeliner to look beautiful! Mulligan had a bit of dark mascara on her lashes to give them some volume, but did little else around her peepers. Instead of going with a vivid shade of lipstick, she thought it would be best to wear a nude shade on her pout, which worked wonderfully with her skin tone. It appears that Mulligan chose to skip the blush and opt for even more simplicity on her cheeks, and it suited her incredibly well.

Nicole Kidman
Another renowned actress who knows a thing or two about walking red carpets is Nicole Kidman, and she was present at the Cannes Film Festival. Kidman chose to wear a peachy lipstick on her lips that shined as she smiled for the cameras. She decided to be a bit bolder than Mulligan and Watson with her eye makeup choice, creating a cat-eye look around her peepers with mascara and eyeliner, according to My Daily. This technique was executed wonderfully to bring out the baby blue color of her irises.

Julianne Moore
At the Cannes Film Festival, many found Moore’s poofy retro dress to be a little much, according to The Huffington Post. However, she hit the right note with her makeup, which gave her a lively appearance. Moore had a bit of rouge blush on her cheeks and complemented the color with a deep pink lipstick on her pout. She also decided to create a dramatic look using black eyeliner and mascara around her eyes to truly make them sparkle.

Whether you want to recreate Emma Watson’s look or Carey Mulligan’s neutral appearance, it’s worth taking notes before you whip out your bag of cosmetics!